Several years ago, as the recession began, I wrote about the Asheville real estate market and looking for positives signs in a down market.  I noted that as we were one of the last markets affected, we should be the first to show signs of recovery.  The most recent numbers for the real estate market seem to give some bearing to that economic theory.

For last year, Buncombe County had a 4% increase in homes sold while nationally the number of existing homes sold increased a modest 1.7%. BlackMountain, which stayed strong in the housing market for longer thanBuncombeCounty, had a 23% increase in number of homes sold for the year. 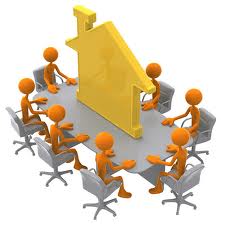 There are still signs of softness in the market.  For example, average home prices for the last year decreased 5% inBuncombeCountyand 7% inBlackMountainand days on market continues to be lengthy.  Both of these numbers are lagging indicators and will not show signs of improvement until the market has gained strength.

A quick glance at land sales in the area indicate that bothBuncombeCountyandBlackMountainexperienced an increase in land units sold, though we are still far from the peak that occurred in 2006.  Also, land units on the market have decreased in both markets.

The Feds recent announcement that interest rates will remain low until at least 2014, combined with the positive numbers reported in our markets for the 2011 year, lead me to believe that the housing market in our area is edging upward.  As we head into our busy market time, we should see continued growth, a sign that we may be leading the national housing market into recovery.