Greybeard Realty experienced a 14 % increase in home sales volume for 2009.  That figure in itself is impressive, but when it is compared with area sales volume overall it becomes even more dramatic. 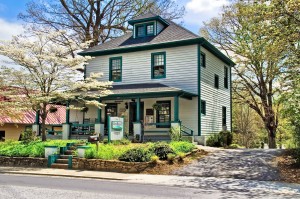 For Greybeard founder Chip Craig, his company's increase in sales volume directly links with his company's focus on advanced technology and expertise.  He notes that nationally 87% of home buyers use the internet while searching for new homes.  In the last year, he has noticed a strong increase in web visits to the Greybeard website with 65% of his company's web traffic coming from outside of North Carolina.

"Our web traffic is up 85% for 2009," he says.  "In terms of page views, we are up 137% which means visitors are exploring more of our site.  We have done quite a bit of search engine optimization to ensure that our site appears at the top of Google and Bing (two heavily used search sites)."

Greybeard utilizes the internet to market itself through paid website banners and has increased this exposure in the last year while other companies have had to reduce advertising expenditures.

Also adding to the upward trend is the company's commitment to rental properties.  With more than 250 homes under the rental management division of Greybeard, the company also receives exposure to many potential buyers who have increased interest in home buying after a rental stay in the Asheville area.

While he can cite statistics that support the positive numbers during the difficult economy, perhaps the greatest company asset, Craig admits, is the intangible one offered by the company itself.

"Since the company started in 1999, we have focused on personal attention and trying to understand the needs of each buyer and seller," Craig says.  "While we are competing with large, national companies with hundreds of sales agents, we have made a commitment to have a small group of qualified, dedicated brokers.  We have 10 sales agents, each of them with direct ties to the community.  Some of them grew up here, and all of them have a genuine interest in the community."

With recent sales figures showing that the area real estate market may be trending toward more positive numbers, Greybeard remains dedicated to assisting interested buyers and sellers with individualized service. 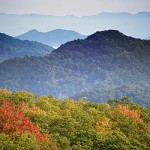 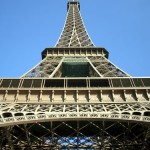 Anyone with an Asheville cabin hoping to keep Asheville's special appeal a secret will be disappointed to learn that the fall issue of Ideal Living magazine cited the city as one of the top five retirement cities in the United States.

The article describes Asheville as "the Paris of the Southeast" and points to its appeal to artists, adventurers and romantics alike.

It highlights the Biltmore Estates and the Biltmore Village, as expected, but it also covers the city's commitment to going green.  In particular, it discusses the discounted building permits the city offers for LEED buildings as well as the effort underway for Caterpillar to retrofit city buses.  In addition, it covers market analysis of the area as well as the unique architecture within the city.

For more information on annual events in Asheville such as "Shindig on the Green", an annual summer ritual, and to read the article firsthand, click on contents on Ideal Living, a digital magazine.

Last month I cited my father's advice in saying "if you can't say something nice then don't say anything."  This month, I would like to point to the wisdom of Albert Einstein when I say, when considering the annual numbers for homes sales for Black Mountain, just remember, "It's all relative."

A quick glance down the column of percent change for the annual home sale statistics for Black Mountain homes in 2009 (provided by MLS) would seem to indicate a slow market.  The largest positive percent change is in days on the Market, hardly a number you would like to see going up.  Even the increase in homes sold, while positive, is fairly small.

In addition, if you compare Black Mountain homes sales with Buncombe County home sales for the year ending 2009, you will see that county-wide sales have actually fallen off 11%.  Again, that decline is not as steep county-wide as it was in 2008 (29%), but it is a negative number nonetheless.  The modest increase for Black Mountain illustrates to me that the housing market in our area is heading back in the right direction.

An even more positive sign for the Black Mountain real estate market is the significant increase in sales for the latter half of 2009, indicating a marked improvement over the last sixth months.  In the last 6 months of 2009, total sales volume in Black Mountain was $16.3 million.  Contrast that with the $11 million during the same period of 2008; that's a 48% increase in the last sixth months of 2009 versus the same period in 2008 which is a very positive sign.

There are still some pockets of concern. For example, the average home price of homes sold has declined 11% for the year.  I would anticipate, however, that with the reduction in the number of homes on the market, that figure will also begin to stabilize during 2010.

As usual when I reflect on the statistics I offer caution.  Yes, at first glance, it may look like there are more decreases than increases.  With a closer analysis, however,   I can glean some good news from less than positive numbers.

For some people, simply choosing an Asheville cabin for a romantic getaway is just the beginning.  For people looking for the ultimate romantic experience, Guest Services of Greybeard Realty now has a romantic vacation package that assembles all the elements needed for the perfect escape. 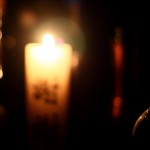 First of all, our experienced rentals staff can assist you in choosing the best Asheville cabin for your needs.  For some that may be an incredible view, a beautiful stone fireplace, a small brook adjacent to the rental, or perhaps an outdoor hot tub.

The romance begins upon your arrival at your selected cabin where you will find flowers, truffles, and champagne waiting for you.

Our Asheville Romantic Getaway includes dinner for two at The Blackbird or Tupelo Honey and a 60 minute couples' massage at The Spa at Biltmore Village. 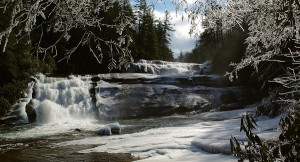 The ground hog predicts more winter, but Spring is showing some promise in the Asheville Real Estate Market (photo RomanticAsheville.com)

Punxsutawny Phil is not the only one making predictions and prognostications this time of year. Industry experts  have noted the trends within the Asheville real estate market of the last few months, and for these observers, the future appears to be one of improvement.

A recent front page article in the Asheville Citizens-Times cites a 50% increase in monthly home sales in Buncombe County for December, marking the fourth straight month of sales increases over the previous year.  The dramatic increase is tempered by the knowledge that the fall and early winter of 2008 were economically challenging times for the area.  The four month trend upward, however, indicates that the market appears to be headed in a better direction.

"All my graphs are starting to point in the right direction," said Chip Craig, owner of GreyBeard Realty in Black Mountain. From Asheville Citzen Times

For the specific statistics and to read the whole article which includes more comments from Greybeard Realty founder, Chip Craig. 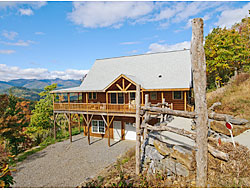 Looking for spectacular Western North Carolina mountain views? The View has got exactly what the doctor ordered.

Come and enjoy the spectacular views from this breath-taking vacation home!  You'll want to bring to bring your best friend, four-legged or biped, to this pet-friendly retreat.

This 3-bedroom, 2-bath log home is a great place to get together with friends and family and kick back and relax.

Amenities include air-conditioning, deck/porch, DVD player, TV, washer and dryer, cable, dishwasher, a grill for entertaining, and some of the most beautiful views in the area. 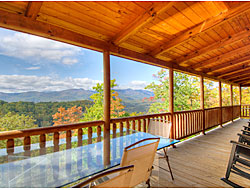 Enough said. A picture is worth a thousand of them; you'll be at a loss for them as you recline and take in the best view in the Asheville Area. Contact Greybeard for more.