Analyzing the Western NC real estate market is similar to assembling a jigsaw puzzle. In addition to collecting the pieces and comparing the edges, a good puzzle solver also needs to be able to make an educated guess about what the next piece will be. First quarter numbers for the Asheville area indicate that the recent upward trend in the real estate market continues and has solidified. Indices including total sales volume and the number of homes sold continue to grow at a healthy rate, just one indication of the vibrant housing market the area is enjoying right now. 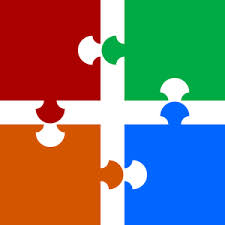 In Buncombe County, the number of homes sold in 2015 grew 14% over the same time period in 2014. The 715 homes sold are still below the 819 homes sold in 2007, but it represents the second consecutive year that the number of units has increased. As anticipated, the total sales volume has increased a steady 15% as well. The $195 million sales volume marks the fourth consecutive year of increases in total sales volume for year-to-date numbers. The sales figure is slightly below the $233.7 million in sales volume which occurred in 2007, the last year before the recession occurred. The price average of $260,065 represents a modest increase of 1%, a figure that is anticipated to increase as inventory continues its steady decline. The number of houses on the market is down 17% this quarter to 1,469 units on the market and down from the high of 3,316 homes available in 2010.

All the puzzle pieces seem to be falling together, indicating that home prices should begin to rise at a sharper rate and the western NC real estate market upward trend should continue. The only mystery to this puzzle is land sales which continue to lag behind the growth of existing homes. In both Buncombe County and Black Mountain, land sale units have decreased in the first quarter of 2015. In Black Mountain, in particular, the number of lots sold, four, matches the lowest number of units sold in 2012. If the inventory of existing homes continues to shrink, land sales may rise as people opt to build their own homes. However, it's going to take a few more quarters of tracking real estate and land sales to see if that final piece falls into place. For more information about the Greybeard western NC listings, please contact Greybeard Realty.