For many months now, Greybeard Realty has been watching the Asheville housing market grow tighter and tighter, and we see that trend confirmed when we look at the end-of-year numbers. In both Black Mountain and Buncombe County numbers, there is evidence of further tightening, which of course leads to higher prices and higher sales price to list price percentage as well. If anyone needs an example of how supply and demand work together, this year’s numbers are truly textbook. 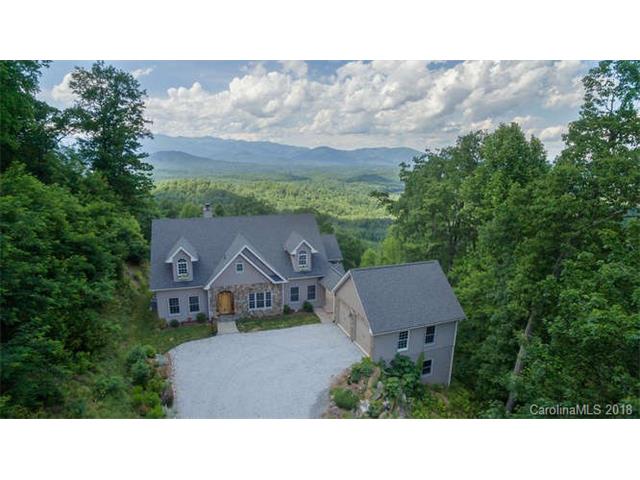 As might be expected with these numbers, the sales price to list price has increased to 98%, demonstrating that buyers are paying very close to full price. And another statistic that’s very telling is the days on market (DOM) figure which has declined to 68 days, down from a high of 175 days in 2012. And of course, all of that’s an indication of just how tight the housing supply is right now. And there’s one more category that truly reinforces that. In 2017 at year’s end there were 1,425 units of the market, down 4% from 2016 figures. That’s down from 2,032 in 2012. And that drop is even more dramatic when you take into account that, of those homes listed as being on the market, 341 units or 24% were actually already under contract. The impact of the shortness of supply right now cannot be underestimated.

The home sales numbers in Black Mountain very much parallel those of Buncombe County, although it’s important to remember it’s a much smaller market. The number of units sold decreased by 10% from 2016, dropping from 229 in 2016 to 205 in 2017. Simultaneously, total sales volume dropped by a modest 1%, which again indicates an increase in average price. What’s interesting in those numbers is that the total sales volume in 2017 was $61.3 million. Contrast that with the $29 million in total sales volume in 2012, and you can really start to see the tremendous growth in the housing market in the last five years.  In 2017, the average home price in Black Mountain was $299,310, an 11% increase over 2016 average price.

Similar to the Buncombe County numbers, the sales price to list price percentage stands at 98%. SP/LP was 93% in 2012.  And in Black Mountain, the DOM is down to a meager 58 days in 2017 from 85 in 2016. In 2012, homes were on the market on average 198 days. That’s quite a difference. Supply is so tight, that when houses do come on the market, they don’t seem to take very long to sell. To emphasis the market tightness, as well as the small sample in Black Mountain, at the end of 2017, there were only 70 homes on the market, that’s down sharply, 18%, from 2016 numbers. And again, that number of homes on the market is even smaller when you consider that 17 homes or 24% of the homes listed are already under contract.

So, what can you make from these numbers? First of all, if you have a home you’ve been waiting to put on the market in the Asheville area, this could be a great time to move on that. And secondly, if you’re looking to buy, be prepared to make an offer if you find your dream home. It won’t be available for long. And lastly, it’s time to start following land sales and watch for more spec homes. With a market this tight, people are looking to new construction and builders are seeing an opportunity for growth.

If you want to track trends, please take a look at Greybeard Realty’s market numbers webpage. If you’re looking for a new home, check out our exclusive listings in Buncombe county and Black Mountain. And if you’re ready to list that home you’ve been holding on to, give us a call at Greybeard Realty. We will help you get that sold before you know it.

From the moment you approach the front door of 117 Valley Dr, you can sense there’s something special about this lovely Black Mountain home. From its eye-catching red door to its open floor plan, this private 4 bedroom, 5 bath home welcomes its owners home to a sunny, serene setting. 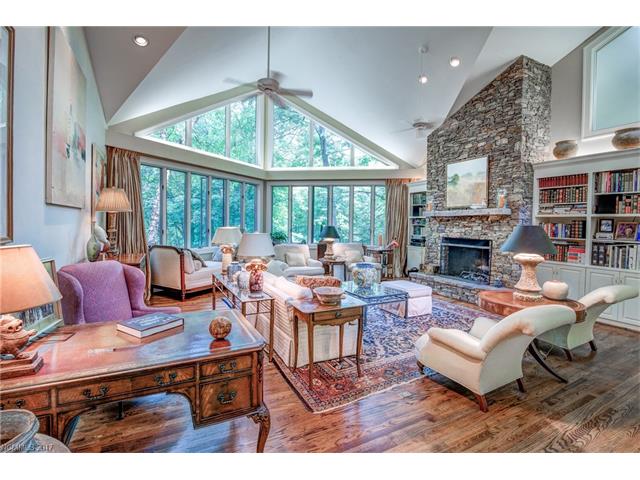 This custom-built home, constructed  in 1994, is nestled among the trees on a .86 acre lot. As a matter of fact, from the indoor living spaces, there’s a sense you’ve been transported to a treehouse rather than a mountain home. While winter light shines through from high windows in the living spaces, the north facing views include the spectacular Craggies. And from the two floors of decks, you can enjoy the light and the treetops simultaneously.

In addition to these particulars, enjoy the pristine landscaping and private trail. In the summer, the lush natural foliage provides a screen against the summer heat. The home is impaccably integrated into its environment. With its four bedrooms, this home also can accommodate a large family or guests. And with one level living an option, it’s a home that can truly grow and age as you do.

Take a moment to look at Greybeard’s Black Mountain info page, if you’re new to the area. If you’re already familiar, contact Greybeard now to set up an appointment ot see this spectacular home. Perhaps you’d like to see what else is on the market. By viewing Greybeard’s exclusive listings page, you will get a sense of what is available currently.