Anyone interested in Western North Carolina real estate should check out 66 Timber Park Drive in Black Mountain (MLS# 518956). This meticulously-kept home, built in 1996, provides the spectacular views from its decks considered requisite by many buyers. This spacious 3,930 sq. ft. home features five bedrooms and three baths. 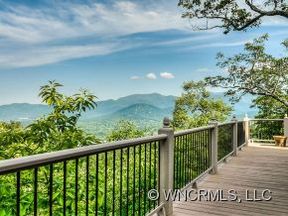 While many Asheville homes offer incredible mountain views, this home has easy access without a steep-sloped driveway that is often characteristic of a home with a view. To appreciate the magnificent view from this home, you really need to come take a look for yourself.

Black Mountain homes offer the proximity to Asheville within the town limits of a charming small mountain community.  In addition to arts and music, Black Mountain also has several successful small businesses including the micro-brewery, Pisgah Brewing Company. Take a look at any time to see what's going on in this remarkable little town.

For information about this Black Mountain home or for assistance in finding other incredible homes for sale in Black Mountain or the Asheville area, please contact Greybeard Realty.

Western North Carolina land can provide owners with a chance to be creative and design the mountain home of their dreams.  Buyers should be knowledgeable, however, of the various considerations presented by building in the mountains. 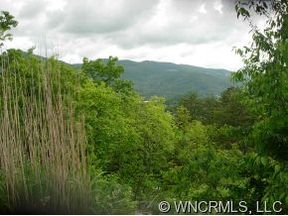 In establishing a building budget, be sure to take into account the available infrastructure versus what will need to be constructed.  Is there city water or will you need a well? Can you hook into the city sewer system or should you budget for a septic system? Will retaining walls be needed, and how long and sloped will the driveway be? While sellers list a property as a "buildable" lot, will the lot allow you to build the dream home you envision?

Greybeard Realty's land offerings have some tremendous features including amazing views and incredibly lush vegetation.  In order to maximize the property, Greybeard Realty suggests that you take your builder to the land of your dreams prior to purchasing it, particularly if it is a steeply sloped piece of land.  Building is possible, but you may need to accommodate the land in some ways, and best to work that into your budget prior to purchase.

For more information about available Asheville land for sale or for some suggestions of seasoned Asheville contractors, please contact Greybeard Realty.

The Asheville Real Estate 2012 mid-year statistics have been released, and both Buncombe County and Black Mountain markets show positive signs of growth.  While still not to the peak market numbers from 2006-2008 in most categories, the 2012 Asheville Real Estate Sales Market report gives reason for optimism. 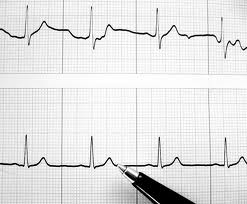 Also significant is the 5% increase in median home price to $193,500 for Buncombe County mid-year 2012 and the 15% increase to $220,000 for Black Mountain home sales for the same time period.  While that figure still does not match the median home price in Buncombe County for 2007, the 2012 Black Mountain median price actually represents a 4% increase over the peak median price which occurred in 2008.

As the final positive sign, days on the market (DOM) continued the increase in Buncombe County that began in 2006.  Conversely, however, DOM for Black Mountain held steady, ending the annual increase that also began in 2006, the earliest numbers available.

In conclusion, it always encourages me when I see the market behaving the way business experts propose that it will.  By that I mean, I indicated in a Greybeard Blog in 2008 that we were seeing signs of a declining market and while that was troubling, it was a positive sign that the Asheville Real Estate market had held its own well past the national downturn.  Economists agree that the last real estate markets to feel the impact are the first to show signs of improvement.

Western North Carolina homes have long been valued for retirement. Now, the area is receiving national recognition from Forbes which recently named Asheville as one of the 25 best places to retire in 2012. The list cites Asheville's abundant physicians and good climate as just two of the reasons to choose our area. 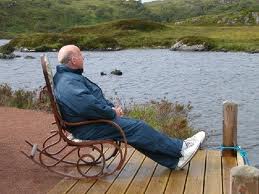 There is an excellent variety of homes for sale in Asheville that would be perfect for anyone considering retiring to the area. Greybeard has several long term rentals which can give potential home buyers a chance to sample our communities before making a commitment to purchase a piece of Asheville real estate.  In addition, long term rentals or vacationers can enroll in a retirement workshop and get some professional advisement on what to consider before retiring.

If retiring to Western North Carolina is on your bucket list but not on the immediate horizon, why not purchase an Asheville rental home.  Greybeard Rentals, an award-winning property management firm, can manage all aspects of renting your new home until you are ready to move here yourself.

While the Forbes article focused on Asheville, several other local communities offer a more low-key, small town flavor while still providing access to Asheville's amenities such as the Biltmore Estate and the Asheville Art Scene.  Why not take a look at Black Mountain real estate or a Montreat  property which each have a flavor of their own. Our real estate agents know the area well and are happy to answer your questions about retiring to Western North Carolina.  Contact us today!