The Commerce Department just released housing start numbers for January 2011, and they showed a 14.6% increase to an annual rate of 596,000 units.  That figure was up from an annual rate of 520,000 in December, but economists warned that statistic could be misleading.  They said the majority of the increase could be attributed to apartment construction, not single family construction.

In fact, single-family home permits, which is viewed as a more stable indicator of new homebuilding activity, stayed flat for the month. Again, however, economists noted that the figures alone did not tell the whole story.  They said that staying flat in this case could be seen as positive news.  Given the harsh winter weather, making new construction more challenging, some experts had predicted a decline in new building permits. 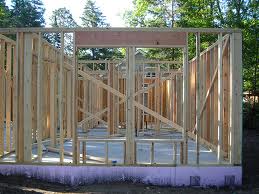 Building Permits on the Rise

In addition, future housing permits declined 10.4% from last month to 562,000 falling short of the 575,000 figure that a national survey had predicted. Once again, however, economists qualified the numbers by saying that the December future housing permits were perhaps artificially high as people hurried to beat more stringent building restrictions anticipated for 2011.  For more information, please contact Greybeard Realty.