There are some new housing numbers that may indicate an improvement in the home sales market in the months to come.  Nationally, new home sales jumped 17.5% in December which increased sales of new homes to their highest levels in 8 months.  Economists had expected a 300,000 unit increase for the period.  Instead, there was a seasonally adjusted unit rate of 329,000. The numbers, provided by the Commerce Department, seem to indicate some signs of life in the housing market.

It's interesting to note, however, that these numbers were influenced by a spike in home sales in the West which economists feel have skewed the numbers toward the positive.  Also, it's important to note that while there was in increase, it was still down significantly from its peak of 1.283 million-units in 2005. 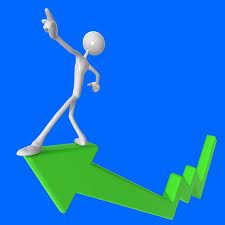 What do the numbers mean?

With the surge in the West leading the way, the supply of new homes declined to its lowest level since last April.  In addition, the median home price for the period of $241,500 showed an increased to the highest mark since April of 2008.

Closer to home, Buncombe County Realtors sold $49 million worth of homes during December which was the highest sales volume for homes in the last five months.

These numbers alone are not enough to indicate a increasing trend, but coupled with the recent stock market rise and the decision by the Federal Reserve to maintain the low interest rates available, it may be seen as a small sign of hope for the new home sales market. For assistance in the Asheville real estate market, please contact us.