Share
As Greybeard Realty gears up for another year of sales and rentals, it’s worth a look back to see how the Asheville area real estate market fared in 2016. The annual numbers for both Buncombe County and Black Mountain are in, and the steady, positive growth seems encouraging for the year to come.
Buncombe County
County-wide numbers for 2016 indicate steady, solid growth throughout the year. The number of units sold in 2016, 4230 homes, is an increase of 5% over 2015 statistics. Meanwhile, total sales volume increased 16% to $1.3 billion in 2016. As those numbers suggest, the average price per home also increased in 2016, up 10% to $311,576. 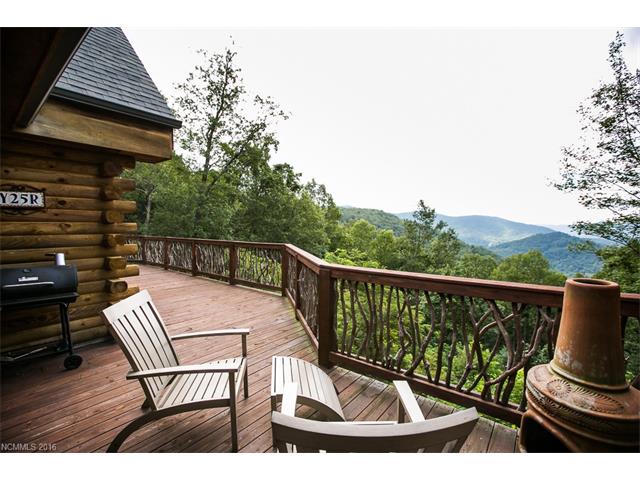 These numbers represent new highs for Buncombe County across the board, surpassing statistics available since 2009. Another important indicator for the strength of the current real estate sales market is the increase in sales price/list price that stood at 98% for 2016, up one percent from 2015’s annual numbers. To understand what’s behind all of these numbers, it’s important to consider the days on market (DOM) and number of units on the market during the last year. DOM is down to 70 days, a drastic reduction from the 175 days in 2012. The number of units on the market for 2016 stands at 1482 at year’s end, again a sharp decrease from the 2,692 units in 2010, the peak year for the last 8 years. And to further analyze that number, at year’s end, 372 or 25% of those 1,482 units were under contracts that had not yet closed. As has been observed the last three years, supply continues to tighten across the county.
Black Mountain
Black Mountain homes sales figures closely parallel those of the county. The number of units sold in 2016 increased 8% from 2015, growing from 212 homes to 229. At the same time, total sales volume increased 11%, to $61 million in 2016, up from $55 million in 2015. That increase in sales volume is even more dramatic when you look back over the last few years. In 2010, total sales volume across Black Mountain totaled only $21 million. And again, like the county numbers, it is not surprising to see the average price per home increase, though that rise was a bit lower than county-wide numbers. The average price per home in Black Mountain increased 3%, from $262,548 in 2015 to $269, 878 in 2016.
And similar to county numbers, the DOM has decreased from a market high of 198 days in 2012 to 85 days in 2016. The sales price/list price ratio has stayed at 97%, the same number for 2015. In addition, the number of units on the market has decreased at year’s end to 85, down from 95 in 2015 and down from 174 in 2010, the peak for the last 8 years. And again if that number is parsed a bit more, of the 85 units on the market at year end, 14 homes or 16% were under contract though not yet closed which means that the market has an even shorter supply than the simple numbers would indicate.
Conclusion
So what kind of conclusions can be drawn from these year-end real estate statistics? Well, first of all, buyers should be prepared to pay close to list price. Buyers also should expect to face some competition as they search for homes. With only 70 DOM countywide and 85 DOM in Black Mountain, houses are not sitting on the market for long. Buyers can still get value as home prices have not skyrocketed, and they need to be prepared to purchase when they start the search.
Perhaps a simpler way to put this is that, right now, it’s a sellers’ market. If a homeowner in western NC has been considering putting a home on the market, this would be the time. Interest rates are still low, prices are at a solid sales price/list price percentage, and supply is very low.
To track the market numbers, please go to the Greybeard Realty website  and check out the market statistics webpage. And feel free to contact any of our Greybeard Realtors to list a home or buy the perfect mountain cottage.